Okay, we normally don’t care for the American Idol group performances or watching booted Idol stars return, but when it involves Jack Black and Beyonce — we’re okay with it. 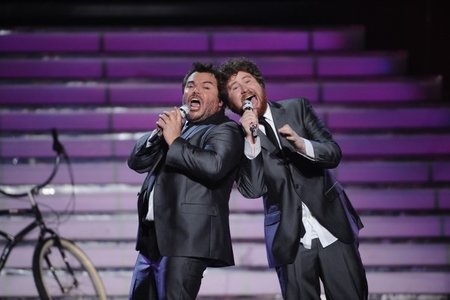 As the names began to pour in over who would be performing at the American Idol finale, we were surprised to hear two very interesting choices — Jack Black and Casey Abrams. Their paring seemed to be an odd match but after watching them bring a funny swagger to Fat Bottomed Girls, we totally get it.

The king of funny is no stranger to bringing his own kind of vocal styling to his fan base — we sigh and think fondly of Tenacious D — but this was something so different and so wrong that it actually became right. 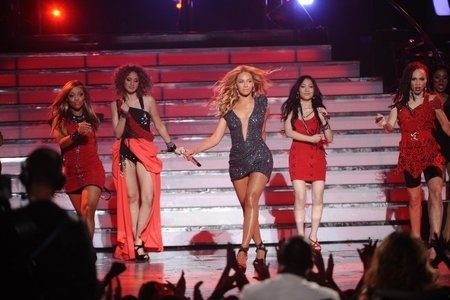 Then it was time for the girls of the top 13 to take the stage with some Beyonce, more specifically, Single Ladies. We got on our feet for one special reason — Beyonce came out and jammed with them!

Beyonce is everywhere lately! She was just honored with the Billboard Millennium Award and debuted her girl-power video, Run the World (Girls), so why not make a stop on the finale of American Idol?

Do you think Jack Black and Beyonce were a perfect American Idol finale fit?