John Edwards is back in the news, this time because he is facing indictment for using campaign money to cover up his affair with Rielle Hunter, his former mistress and love child’s mother.

John Edwards is teaching other politicians (another) lesson in what not to do. It turns out using campaign money to cover up an affair is a no-no, and Edwards is now facing indictment for using a reported $1 million, according to ABC News, to keep his relationship with Rielle Hunter on the down low. 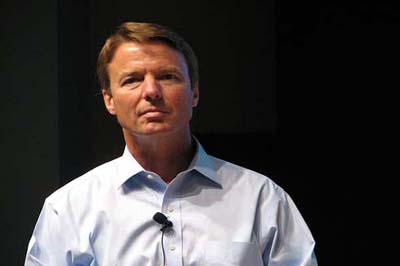 Edwards has been under a two-year Department of Justice investigation to determine whether he used over $1 million in campaign finance money to hide the affair. Edwards and Rielle, his campaign videographer, had an affair that he admitted to in 2008. The couple also has a three-year-old daughter, Francis Quinn Hunter. Edwards initially denied paternity, but eventually acknowledged it last year.

While Edwards has always denied doing anything illegal, former aide Andrew Young insists that Edwards was not only aware of the goings-on, but the mastermind behind them.

Young claimed paternity of Francis Quinn at first to help keep the secret, but later came clean. He also wrote a tell-all book about the affair between Edwards and Rielle.

ABC News states that sources say Edwards knows an indictment is coming and he might be considering a plea agreement.

What do you think? Did John Edwards know that his campaign finance money was being used to cover up his relationship with Rielle Hunter? Or worse, did Edwards solicit funds to hide the affair?