Pro dancer Maksim Chmerkovskiy, who danced with Kirstie Alley this season, says this may be his last year of Dancing With the Stars. Say it isn’t so! 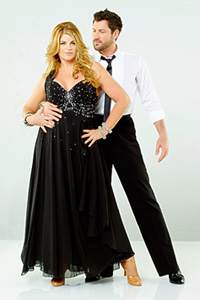 Hunky Ukrainian dancer Maksim Chmerkovskiy and Kirstie Alley lost this season’s Dancing With the Stars to Hines Ward and Kym Johnson — and he hints he may be hanging up his dancing shoes (and tight leather pants) for good.

“It takes a lot out of you. When you invest that much of you into something that’s supposed to be just work you [can] get misinterpreted. I don’t know [if I’m coming back]. We’ll see. Right now, I’m drained,” Maks told AOL News.

The dancer, who was linked to his partner Erin Andrews last year and participated in the Ukrainian version of The Bachelor, wants to branch out. He says he would like to open up his own dance studio!

Many DWTS pros have moved on after a successful stint on the show, including siblings Julianne Hough and Derek Hough. Maks, however, has yet to win the mirror ball trophy — so has he given up that hope?

No official word from ABC, however, Kirstie Alley tweeted: “You PROS have become STARS in your own RIGHT… U should be REVERED as such!!! In my book u are IRREPLACEABLE!!!!”

35 mins ago
by Bonnie Azoulay