Olivia Wilde was seen out on a date last night with Bradley Cooper. She was seen out partying with Justin Timberlake last weekend. Who’s Wilde really dating? 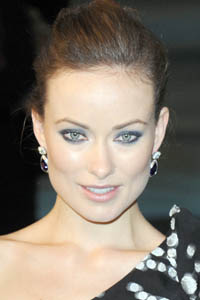 Scratch those reports that Olivia Wilde is dating Justin Timberlake. Now it looks like the Tron: Legacy actress may be getting romantic with Bradley Cooper.

Last night, after the New York screening of The Hangover Part II, Cooper, who stars in the flick, was spotted getting very friendly and flirty with Wilde in a booth at Top of the Standard in the Meatpacking District of Manhattan.

How close were the actors with each other?

“They would touch each other to get a point across, and Wilde had her hand on Cooper’s leg at one point,” a spying source reports of the intimate get-together. “She also had her arm around him — not touching but very cozy.”

Cooper is back out on the dating scene, since his relationship with Renee Zellweger hit the skids. Wilde ended her marriage of eight years earlier this year, telling Glamour magazine, “Sometimes it’s only eight years and it’s great, and you have to know when it ends.”

Does this mean Wilde is dating Timberlake and Cooper? Wilde has insisted she and Timberlake are just friends, although, these days, that’s what pretty much everyone in Hollywood tells the press when they’re in the early stages of a relationship.

Cooper has a reputation as a ladies’ man and a player, but Wilde has been seen dating a string of Hollywood hotties this year — including Ryan Gosling. Maybe Cooper and Wilde are a match made in celebrity heaven.