Britney Spears wanted Kellan Lutz to star in her latest music video. Did the Twilight star jump at the chance? Or decide to pass? 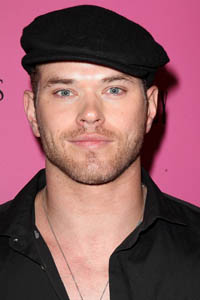 Britney Spears might have thought any guy would be happy to play her love interest in her latest music video, but when the pop singer asked Twilight star Kellan Lutz to be her video co-star, the heartthrob said he’d pass.

Casting the video for her latest single, I Wanna Go, Spears thought Lutz would be perfect for the lead male role. The storyline starts with Britney at a press conference, but the paparazzi start asking Spears inappropriate questions, and Britney storms off. As it turns out, all the journalists are robots. Spears fantasizes she’s making out with a fan, flashing a cop, and getting down and dirty with a boy toy who saves her from the paparazzi. In the end, he turns out to be a robot, too.

Lutz said no to being Britney’s robot rescuer for reasons undisclosed, and the Spears camp ended up reaching out to Matthew McConaughey. No word yet on whether the Hollywood actor will accept the role, although it seems unlikely that a high-profile actor like McConaughey would want to play a music video boy toy. Of course, the prospect of making out with one of the world’s biggest pop stars would make it worth it.

Spears met Lutz at a fundraiser for Hurricane Katrina survivors in Beverly Hills earlier this month. At the party, Lutz told Spears how much he liked her Oops!… I Did It Again video. Apparently, that doesn’t mean he wants to be in a Britney video.

As for the fashions Spears rocks in the video, they are said to be as provocative as ever. At the press conference, Britney wears combat boots and sports a punk-rock, studded look.