The Hangover Part II will hit theaters on May 26 as planned! S. Victor Whitmill, the tattoo artist best known for creating Mike Tyson’s signature face art, is no longer a threat. Whitmill planned on suing Warner Bros and stopping the movie’s release because his famous design makes an appearance on Ed Helms’ face. 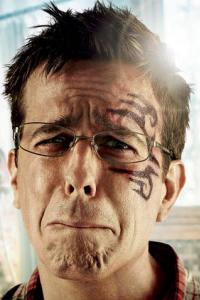 Whitmill had originally filed a copyright suit against Warner Bros for reproducing the tattoo without his consent in The Hangover Part II. He said that he’d “never been asked for permission for, and has never consented to, the use, reproduction or creation of a derivative work based on his original tattoo.”

Warner Bros wasn’t exactly shaking in their boots when they heard his claim. Apparently, their crack team of lawyers shut Whitmill and his argument down!

After the judge threw the case out, Warner Bros released a statement saying, “We are very gratified by the Court’s decision which will allow the highly anticipated film, The Hangover 2, to be released on schedule this week around the world.”