Scotty McCreery and Lauren Alaina took the American Idol stage one last time in hopes of convincing the American public they have what it takes to be the next American Idol. To think it almost didn’t happen for Lauren, thanks to a bum voice. Let’s get to the country-themed performances, shall we?

Lauren Alaina addressed her vocal issues with a simple, “I’m fine, don’t worry about it.” She basically blew out a vocal cord due to pushing herself. Anyway, on to the show. 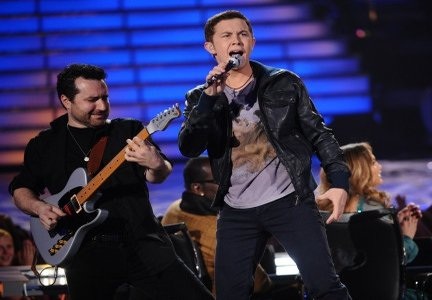 It’s customary to sing three songs during the American Idol finale and Scotty McCreery and Lauren Alaina were no exception to the rule. Set to sing their favorite song of the season, a celebrity idol pick and their first single should they win, the country cuties blew the roof off of the Nokia Theater — despite the threat of a vanilla-flavored finale looming over their heads. All the naysayers who thought it would be a boring country finale were half wrong — it was country but it wasn’t boring.

Round one: Contestants’ favorite of the season

Scotty McCreery kicked the night off with some Gone by Montgomery Gentry. He strutted his cute little butt through the Nokia Theater like he owned it. We hate to say it, but he just doesn’t even need to try anymore. He’s got the whole package — voice and stage presence.

Lauren Alaina answered Scotty’s call with her favorite song of the season, Flat on the Floor, and we have one question — are they sure a vocal cord was blown? She was all over that floor like her life depended on it. She was more growly than usual but she killed it. 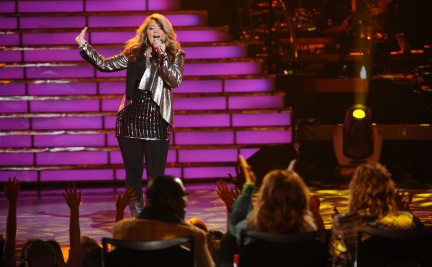 Round one has to go to Scotty McCreery because of his country swagger, but Lauren Alaina did rise to the occasion.

The contestants both have someone they look up to and those idols picked a song for them.

Scotty McCreery looks up to George Strait and the living legend chose Check Yes or No for him. It’s always great when he breaks out the guitar because it shows he can rock the stage while standing there with his instrument and still capture the audience. He’s going to be country gold.

Lauren Alaina’s idol Carrie Underwood chose Maybe It Was Memphis and that was not an easy song. She lost her breath a couple of times, but she never wavered, hitting every note she could muster.

Round two went to Lauren Alaina because it was more dynamic. Scotty McCreery’s was just a bit more simple.

Then there was the ever-popular round three, which gives the finalists one last chance to leave a good impression on the voters. Let’s face it, the voters more than likely have short-term memories so it was advised that the contestants hold nothing back — and they didn’t.

The contestants took on the single they’ll release if they win. The single Scotty will release should he win is called I Love You This Big. This song could potentially launch his career into high gear. It was the perfect song to showcase his tender, country vocals. Randy Jackson said, “Those were brilliant vocals.”

Lauren Alaina’s single is called Like My Mother Does and it was so emotional that this song could put her over the edge in votes. Anyone out there that has a heart will connect with that song.

Round three is a tie for us but the judges liked Lauren Alaina.