Justin Timberlake isn’t doing a very good job of keeping his maybe-relationship with Olivia Wilde under wraps. The two were spotted last night partying together. So, are they together or aren’t they? 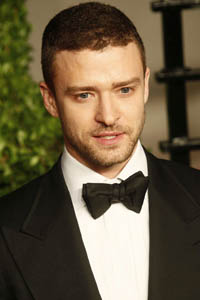 Justin Timberlake broke it off with Jessica Biel in March, but already rumors are swirling around Timberlake and actress Olivia Wilde after the two were spotted last weekend hanging out at the Saturday Night Live end-of-season wrap party.

Timberlake hosted the season finale of SNL last weekend, reprising his role in [Expletive] in a Box with a three-way featuring SNL cast member Andy Samberg and musical guest Lady Gaga. After the show wrapped, Timberlake and Wilde went to the after party and left together in the early morning hours.

Buzz about the two dates back to April, when The Social Network star and Tron: Legacy actress shared drinks at a Los Angeles nightclub. Wilde denied it was anything more than two friends out on the town.

“Cool it, honeybadgers,” the recently divorced Wilde tweeted. “We are just friends and have been for years.”

Reportedly, Timberlake broke up with Biel because he was “miserable.” A source revealed that commitment was the issue. “He just said he didn’t want to marry her and it didn’t feel right.”

The same source suggested Timberlake had cheated on Biel with actress Olivia Munn. Which makes Wilde his second Olivia this year.

Cameron Diaz talked about working with Timberlake with Us magazine recently, and she confessed her Mickey Mouse Club alum ex-boyfriend is a little strange — but only on-screen.

“He’s frickin’ weird in movies,” Diaz said. “He’s so bizarre and hilarious. I say that with great respect to his character and what he’s done!”