She wasn’t kidding: Chelsea Handler actually did have an abortion when she was 16, the E! star told the New York Times. 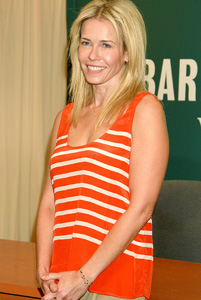 Chelsea Handler hates the show 16 and Pregnant, because she says teens shouldn’t be rewarded for bad choices by being made into reality stars. The comedienne and star of Chelsea Lately speaks from experience.

Handler has long made “jokes” about her teen abortion, but she never actually made clear the joke was reality before the New York Times interview.

“I had an abortion when I was 16. Because that’s what I should have done,” Chelsea openly stated. “Otherwise I would now have a 20-year-old kid.”

“Those are things that people shouldn’t be dishonest about.”

Handler also says shows like 16 and Pregnant and other reality shows of that ilk teach people they will be rewarded for crappy behavior.

“We need to be focusing on other things. We’re seeking out such grossness in human behavior and want such mindless entertainment,” she says.

“The Real Housewives of Atlanta and some of these other shows are just racist. Or 16 and Pregnant. Getting rewarded for being pregnant when you’re a teenager? Are you serious? I mean, that makes me want to kill somebody.”

Let’s not go that far, Chelsea. But we get what you’re saying.