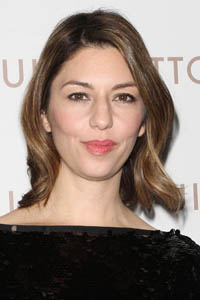 Somewhere director Sofia Coppola is getting married to her boyfriend and father of her children this summer in a private wedding ceremony on her father’s estate in southern Italy. Coppola, 40, and rocker Thomas Mars, 34, have two children together — Romy, 4, and Cosima, 1.

Coppola’s rep says the ceremony will be “an intimate family wedding.” It will take place at Palazzo Margherita in Bernalda, Italy. Coppola’s great-grandfather is from the area. Her father, Godfather director Francis Ford Coppola, is renovating the estate.

In 2004, Coppola won an Academy Award for Lost in Translation, which she wrote and directed. The movie’s soundtrack features a track by Phoenix, her husband-to-be’s Grammy-winning band. The couple met while Coppola was working on the soundtrack for The Virgin Suicides. The pair has since collaborated on music for Marie Antoinette and Somewhere.

Coppola was married to Where the Wild Things Are director Spike Jonze from 1999 to 2003. She is rumored to have dated actor Keanu Reeves and director Quentin Tarantino.

Last year, Tarantino was accused of playing favorites with his former flame when he and a panel of other critics awarded Coppola’s Somewhere the top prize at the Venice Film Festival.

“Being her friend didn’t affect me or make me sway the jury in any way,” Tarantino stated at the time. “The other members of the jury don’t know her at all. They just loved the film.”