As 25 years of The Oprah Winfrey Show come to an end tomorrow, May 25, celebrities have come out to express their memories and gratitude to Oprah.

The celebrities rolled out the red carpet for Surprise, Oprah! A Farewell Spectacular which has been airing this week. Stars such as Tom Hanks, Tom Cruise, Beyonce, Halle Berry and Madonna were all present to honor Oprah, but even celebrities who weren’t at her amazing farewell show are speaking out about Oprah. 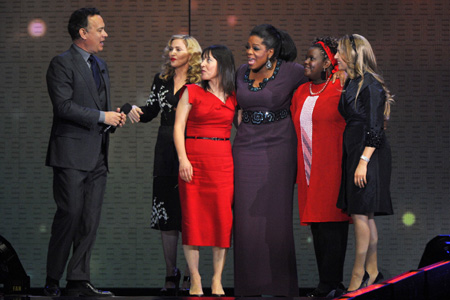 As the final episode of The Oprah Winfrey Show airs tomorrow, many more celebrities are tweeting and talking about the end of her groundbreaking show.

Also check out: What’s next for Oprah Winfrey? >>>