American Idol has produced many great artists — from Carrie Underwood to Kelly Clarkson and Adam Lambert. Which of the past American Idol contestants gets the honor of making the most money from album sales? Find out which singer was newly crowned with this title! 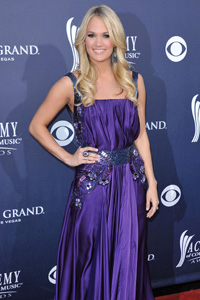 Carrie Underwood has a new husband, plenty of awards — and has just been tapped with the honor of being American Idol’s top earner! The country superstar just surpassed season one winner Kelly Clarkson with this title.

Clarkson has been busy working on her fifth album throughout 2010 and 2011 — while Underwood has been touring and pulling in tour revenues of $66,000,000 which has also helped her nab this top spot.

Underwood has also branched out into film and TV, with How I Met Your Mother and Soul Surfer. Clarkson’s 2003 movie From Justin to Kelly didn’t fare so well.

Here is the breakdown of American Idol’s top 10 earners:

Tell us: Who is your favorite American Idol so far?