Tree of Life is a film that has split critics down the middle. You either fall into the “Terrence Malick is a genius and changed my life” camp or the “That was like watching a really attractive person tell you a really long and kind of boring story” camp. Well, there must be more people in the first, because Tree of Life has taken home the prestigious Palme d’Or, the top prize at the 64th annual Cannes Film Festival.

Tree of Life has certainly gotten critics talking, whether they liked it or not. The announcement at Cannes actually garnered some boos from the audience as well as some applause. The notoriously private Malick didn’t appear to accept the award. The film is Malick’s juxtaposition of the wonder of creation with the life of a family with issues in a small town in Texas in the 1950s. 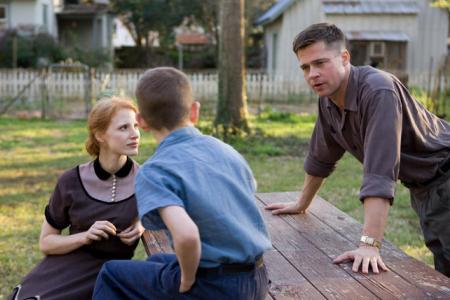 So, will it help Tree of Life’s box office? Having Brad Pitt and Sean Penn in the cast certainly doesn’t hurt. Over the years, the award, and the surrounding media attention, have given a boost to films like Pulp Fiction, but it remains to be seen how something that splits critics and causes knock-down, drag-out arguments after screenings (I’ve been witness to a few and part of a lot!) will do.

Check back for our review this Friday when the film opens in New York and LA. It will move slowly across the country until it opens wide on July 8.