Donald Trump crowned a new Celebrity Apprentice winner on Sunday night and it was none other than country singer John Rich.

Now that we know Donald Trump is not running for president we can go back to focusing on his other pet project — Celebrity Apprentice. 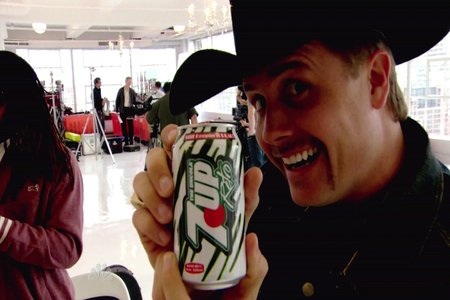 Country star John Rich and Oscar winner Marlee Matlin were the last two standing in the boardroom, but only one could hear those sweet words — “You’re hired.” Well, it’s more like “You’re the winner,” considering Donald Trump doesn’t really hire a celebrity.

After weeks and weeks of watching Gary Busey ramble and NeNe Leakes quit, John Rich finally emerged the victor in a challenge that tasked the final two to design a campaign for 7Up.

The campaign had to showcase 7Up by utilizing TV ad and packaging strategies. John Rich had a few hiccups compared to Marlee Matlin that included not greeting “The Donald” and being a tad early on announcing Def Leppard. We’ve been seeing that mishap on all the promos.

John Rich won $250,000 for his charity, St. Jude Children’s Hospital, by beating out a crazy cast list this year.

What was your favorite moment on Celebrity Apprentice this time around? We loved watching Gary Busey confuse people, especially when it was Meatloaf!

Do you think the right person won? Tell us, we want to know!