The Billboard Music Awards returned to the MGM Grand Garden Arena in Las Vegas Sunday night with The Hangover’s Ken Jeong as its master of ceremonies. He’s pretty crafty with an opening number if you ask us. 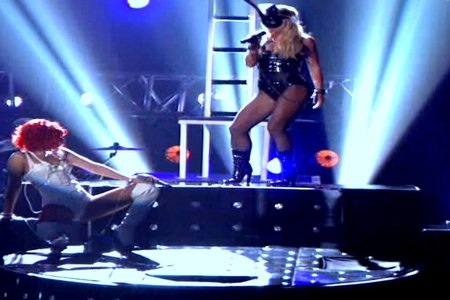 Before we get to the winners, we have to point out a few key moments of the night — at least in our minds.

First, the list of performers was nothing short of extraordinary as Cee-Lo Green, the Black Eyed Peas, Rihanna, Keith Urban and more rocked the BMA stage.

But it was one special performance that got everyone talking before she even hit the ground dancing her booty off — Britney Spears! This was her first U.S. awards show performance in quite some time, and you know what? She did all right. Don’t pay attention to the lip synching reports — she still did her thing. Spears teamed up with Rihanna for some S&M action and pole dancing that was H-O-T. She came up from under the stage wearing some kind of wacky bunny-esque mask and provoked a pillow fight with Rihanna at the end. Spears returned to get down with some Till the World Ends with Nicki Minaj later in the show.

We also have to mention the fact that First Lady Michelle Obama was part of an elite group of people chosen to honor Beyonce in a special taped package. Who else can say they got props from the first lady and Lady Gaga all in the same night? She was honored with the Millennium Award for being a positive role model in music and showed us how fierce she is with a sweet rendition of Run the World (Girls). 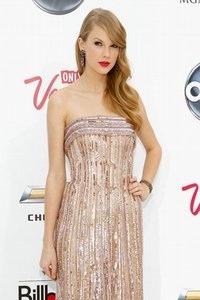 Justin Bieber was a big winner, taking home the Top Digital Media Artist and New Artist awards while Taylor Swift nabbed awards for Top Billboard 200 Artist of the Year and Country Artist of the Year. Veteran chart-toppers the Black Eyed Peas took home Group of the Year while Rihanna rocked the Top Female Artist award. Check out some of the other lucky Billboard Music Awards winners below. 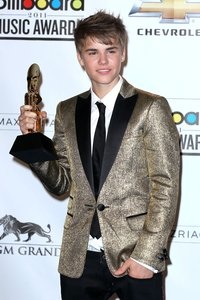