The honeymoon is over — but only literally. Prince William and his new bride Catherine have returned from their romantic royal honeymoon.

Prince William and his new bride Catherine are back in the UK after returning from their romantic royal honeymoon in the Seychelles, the palace confirmed. 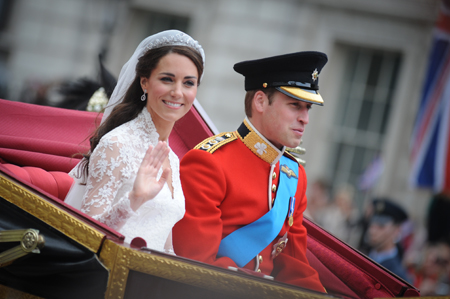 The couple “thoroughly enjoyed their time together, and they are grateful to the Seychelles government for their assistance in making the honeymoon such a memorable and special 10 days,” said a palace statement.

The couple brought some welcome publicity to the beautiful French African isles. The people “are truly honored that Prince William and his wife chose to return to Seychelles for this special holiday and we are proud to have been able to offer them a peaceful and private getaway,” foreign minister Jean-Paul Adam told the AP.

The couple — now called the Duke and Duchess of Cambridge — delayed their honeymoon for 10 days after their wedding — some say to ensure their privacy, others say out of security concerns.

Now that all the festivities are over, what’s up next for the royal couple? According to People, William will be returning to the skies as a search and rescue pilot, then birthday celebrations are coming up for his grandparents, Queen Elizabeth II and Prince Philip, in mid-June.