Forget Big Love — Ginnifer Goodwin has no love after calling off her engagement to actor Joey Kern. 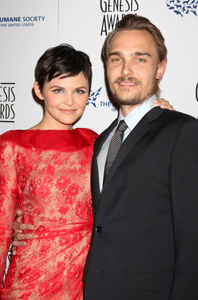 That was fast. After a very brief engagement of only five months, Something Borrowed star Ginnifer Goodwin has broken off her engagement to Super Troopers actor Joey Kern.

The couple “broke up a few weeks ago,” a friend told People. The unnamed source said the pair plans to “remain friends” in the future.

“In the future” generally has the unspoken suffix “just not right now because we hate each other.”

Goodwin, 32, and Kern, 34, got together about two years ago after her breakup from Katie Holmes‘ ex Chris Klein. Kern proposed in December with a ring he designed himself.

“We couldn’t be happier than to celebrate our engagement over the holidays with our families,” the couple said in a statement at the time.

Now Goodwin is single and ready to mingle.

Tell us: Who should Ginnifer Goodwin date next?

read on for more ginnifer goodwin