If Midnight in Paris sounds like a glorious romance set under the guise of the fantastical beauty of the City of Love, you would be correct. The thing is, it is, but it isn’t. Woody Allen returns to a European canvas once again after successful turns with Match Point, Scoop and Vicky Cristina Barcelona after a career with New York City as his muse.

This time out, in Midnight in Paris, his cast of players includes Owen Wilson, Rachel McAdams, Michael Sheen, Kathy Bates, Adrien Brody, Marion Cotillard and French First Lady Carla Bruni. Allen has spun a web of love, time travel and personal discovery that hits on all cylinders and is his best in years. 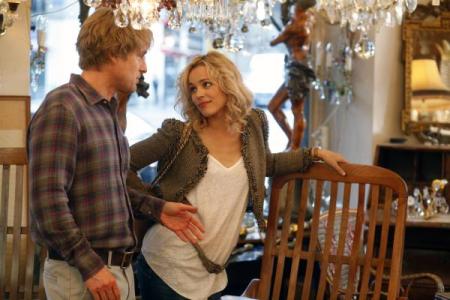 Owen Wilson is Gil, a successful screenwriter who longs to be an author in the vein of F. Scott Fitzgerald and Ernest Hemingway, who both found inspiration on the streets of Paris. Rachel McAdams is Inez, his fiance who fails to see the magic of Paris’ lure. Wilson’s Gil is completely smitten with the city — he frequently talks of moving there — but is rebuffed by his fiance who thinks he is being beyond silly. The couple is in Paris accompanying her parents on a business trip.

One night, Wilson heads out to walk those iconic streets, seeking inspiration for his novel he can’t seem to finish. At the stroke of midnight that evening, a car pulls up and a group of partiers hand him a glass of champagne and invite him to join them for the night. Quickly cut to a watering hole where it seems the fete is more costume party than the run-of-the-mill fest. Wilson soon is introduced to some fascinating people who share names with people he admires. There’s Hemingway and Fitzgerald and soon he figures out, he has been transported back in time. 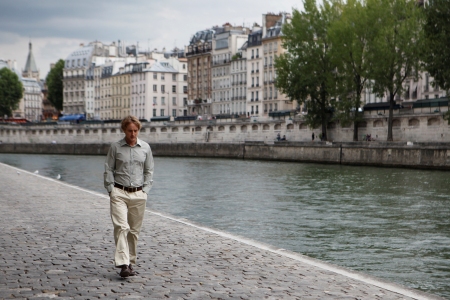 When he leaves the party to go get his manuscript for Hemingway to peruse, he turns around and the bar is now a Laundromat and his dream companions are gone. Upon telling McAdams of his discovery, she simply believes he is caught up in the splendor of Paris and dismisses it completely.

For the next several nights, Wilson heads to the same spot and at midnight, sure enough, the old timey car pulls up and he’s off to another night of fun with the artists that sought inspiration in 1920s Paris. He meets Salvador Dali (Brody), Gertrude Stein (Bates) and Adriana (Cotillard), a muse for writers, painters and poets alike. Taken with Adriana, Gil is newly inspired and his writing comes easily. Much as the writers of the day found motivation in her, so does Gil.

McAdams plays against type. She is not the object of affection in Allen’s Midnight in Paris, merely the foil for Wilson’s dreams. She herself is smitten with someone else, the wickedly intelligent Paul (Sheen). As is standard in Allen’s films, relationships are less than perfect and much more complicated than other filmmakers portray on screen. Although only in the film for a few moments, Sheen sizzles, as he does always. McAdams is a delight to witness as the female lead that the audience is not pulling for and, in fact, roots for the male lead to leave.

But the center of Allen’s Midnight in Paris and, in many ways, the extension of Allen himself personality-wise, is Owen Wilson. Who would have thought that Owen Wilson could capture the neurotic nuances of an Allen lead? But, he does so with such panache it should be worthy of an Oscar nomination. 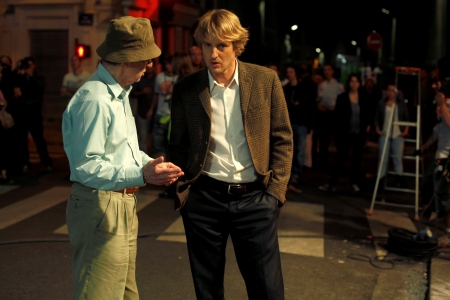 Midnight in Paris also possesses the Allen touches that, when they work, are incredible, such as his jazz-infused soundtrack, his establishing shots at the beginning of the film that serve as a love letter to the film’s host city and a stellar cast of actors that clearly treasure their time with the esteemed auteur.

In Midnight in Paris, all of Allen’s elements are simply perfect.