Socialite Paris Hilton’s little brother Barron heads to court on Monday for a lawsuit stemming from his 2008 arrest for driving under the influence. The victim says Barron ran him over. 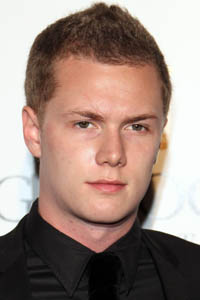 Barron Hilton, Paris Hilton‘s little brother, will be in a Santa Monica, California courtroom on Monday morning. After he was busted for a DUI back in 2008, when he was 18, a man filed a lawsuit against Hilton, claiming Barron’s vehicle struck him.

Fernando Telez, a former gas station attendant, claims he was doing his job at a Union 76 gas station along the Pacific Coast Highway one morning three years ago when Barron began driving his car in circles. During Barron’s drive, Telez claims, Barron hit him with his vehicle.

At the time, Telez didn’t seek medical attention and continued working at the gas station for several months.

“Surveillance video from the day the arrest occurred will be very strong for Barron’s case,” a source says. “Fernando continued to work at the gas station for two months after Barron was arrested. Telez never filed for workman’s compensation, and then one day he just disappeared.”

Barron pleaded no contest to the DUI charges and finished his probationary period. At the time of the original incident, Barron failed a field sobriety test and was also arrested for carrying a fake driver’s license while behind the wheel of a black Mercedes.

For the Hiltons, DUIs run in the family. Big sister Paris was busted in 2006 for DUI. She spent a short time in jail the following year for the incident.

According to Barron’s Twitter feed, he’s in Cannes for the weekend.