Now that The Oprah Winfrey Show is coming to an end after 25 years, what is next for Oprah? Will she sit at home in her mansion counting her money? Not likely! Find out what is next for the Queen of Daytime. 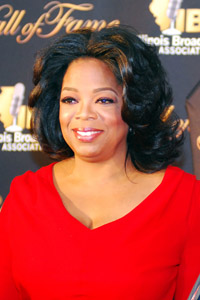 Oprah Winfrey has been a daytime television staple for 25 years — and now with her last show airing on May 25, 2011, what is next for the mighty O?

Much of Oprah’s time will be spent on her cable channel, OWN: The Oprah Winfrey Network. The network premiered in January 2011 and, although Oprah does not plan to transfer her daytime talk show to the network, she may appear in some of the shows. The network has 22 shows lined up, including The Gayle King Show, Season 25: Oprah Behind the Scenes and Your OWN Show: Oprah’s Search for the Next TV Star.

Oprah also has her O: The Oprah Magazine to keep her busy, as well as her Oprah Winfrey Leadership Academy for Girls in South Africa.

Bodog, a betting site, came up with more predictions on what Oprah will be doing next. At the top of the list, with odds set at 2/3, is announcing she will be starring in a motion picture. She has done voice work with Princess and the Frog and Bee Movie and has acted in movies like Beloved and The Color Purple.

Tell us: What would you like to see Oprah doing next?