Kate Gosselin is left footing the $10,000 bill for a marriage therapist in 2009 after a judge told her to pay up. 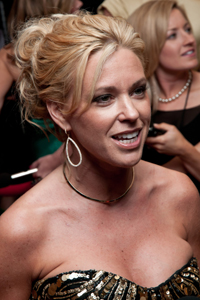 Kate Gosselin and Jon Gosselin hired a Pennsylvania marriage therapist in 2009 to help them work through their problems. In fact, they flew therapist Sylvia Lafair to L.A. to help them save their marriage — and never paid her!

Lafair said she had a verbal contract with the Jon and Kate Plus 8 stars, and she sent them a bill for the travel costs and her services — but neither Kate nor Jon has paid up. Kate said she shouldn’t have to pay, because the services were only used by Jon. She said it wasn’t couples counseling and that Kate had hired her own private counselor. The reality couple finalized their divorce in 2009.

Judge Gerald Feissner didn’t see it that way — and ordered Kate to pay $10,476. The Times-Standard is reporting that Kate has filed an appeal.

What’s Jon’s stance on all of this? Jon Gosselin has said he has given up his reality TV career and wants to stay out of the limelight and has a new career installing solar farms.

“I really don’t miss anything about the reality TV life, to be honest. It just wasn’t for me. I’ve basically just kind of reinvented my life all over again. I just want to give this new life of mine a huge shot and I want to stick with it. I really want to say that this is my last interview,” he told In Touch.

He has not commented on the marriage therapist bill.