The Cannes Film Festival has given director Lars von Trier their highest honor in the past, but this year they asked him to leave after he made comments saying he sympathized with Adolf Hitler. 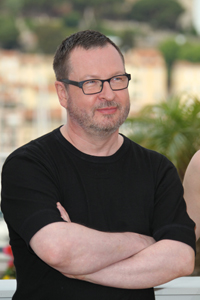 Danish filmmaker Lars von Trier is backpedalling after some comments he made caused him to be ousted from the Cannes Film Festival.

The director, who is in Cannes for his new movie Melancholia starring Kirsten Dunst, gave a press conference on Wednesday that took a turn for the worse.

He told reporters that even though Hitler “did some wrong things” he could “sympathize” with the Nazi leader. He said he supported Jewish people, but “not too much, because Israel is a pain in the (expletive).”

The board of directors, who gave his 2000 movie Dancer in the Dark the Palme d’Or (the highest honor at Cannes), said he was a “persona non grata” and not welcome at the closing ceremony on Sunday — even if his film Melancholia wins some awards.

Von Trier doesn’t seem to be taking his booting from Cannes too seriously. “I must say, ‘persona non grata’ is a wonderful word,” he said. “It has sweetness to it that I can’t deny. I’m not at all happy about what happened, but the word is something like an order you get.”

He has issued an apology, saying: “I’m sorry about it for my own sake, and then I’m sorry about the people, if I’ve hurt people,” von Trier said. “That was not the intention at all. I’m very sorry for that. That was completely stupid.”

Von Trier also said that he feels like his statements were misinterpreted, since the press conference was in English, which is not his native tongue. “It makes it much easier to condemn me for my English.”

He also further explained his statements about Hitler, saying he watched a German film about Hitler and that gave him a new perspective.

“Of course, I don’t sympathize with what Hitler had done,” von Trier said. “The only thing I said was that I, after seeing Bruno Ganz [actor who played Hitler in the movie] in the bunker, could kind of see a little human being sitting there. And I thought, that was very good, because I think that there’s a little bit of a Nazi in all of us, and there’s a little bit of a human being in Hitler, and I think to think otherwise is dangerous.”