French actress Marion Cotillard just gave birth in Paris. Will she tie the knot next? 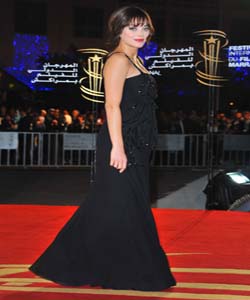 The celebrity babies just keep coming! Actress Marion Cotillard is the latest celebrity to give birth — and it’s a boy!

Cotillard, 35, gave birth Thursday night in Paris, according to People. Cotillard’s boyfriend, actor-director Guillaume Canet, was also there during the delivery.

Cotillard and Canet met in 2003 while filming Love Me If You Dare. They started dating in 2007 after Canet’s marriage to actress Diane Kruger fizzled.

Does this mean the couple will finally tie the knot?

“They haven’t disclosed any plans concerning marriage,” a source told People after her pregnancy announcement in January. Cotillard did raise some eyebrows when she walked the red carpet at the Marrakesh Film Festival wearing a huge sparkler.

Family is important to the French actress — she regularly talks about her good family life in interviews, even though she admits to battling with dark thoughts in her younger days.

“Because my parents loved us, I couldn’t dream of a better family, better brothers, better mother and father. But there was something, I don’t know, something dark, really dark about me,” Cotillard said in an interview with the UK Telegraph.

We’re just excited for the actress — she’ll be a great mom. We’re also looking forward to seeing her back on the big screen with Rachel McAdams in the Woody Allen film Midnight in Paris and as Miranda Tate in the upcoming Batman: The Dark Knight Rises.