There’s tons of action in the Redbox new releases the weekend of May 20, 2011 — literally! Aside from the Natalie Portman and Kat Dennings dramas, this weekend’s big releases star the likes of Anthony Hopkins, Jason Statham, Leighton Meester, Minka Kelly and veer toward thrills, chills and action. 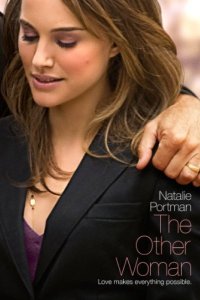 If you’re looking for something hot off the DVD and Blu-Ray presses, there are always some fresh releases to consider at the local Redbox.

Brand new release The Other Woman sees Natalie Portman working through the stages of grief, while trying to forge a relationship with her stepson at the same time. Losing a baby to sudden death syndrome makes for dark subject matter, but this Don Roos adaptation of the Ayelet Waldman novel Love and Other Impossible Pursuits is classified a comedy-drama. Scott Cohen, Lisa Kudrow, Lauren Ambrose and Anthony Rapp also star.

Kat Dennings takes on small town life and love triangles in the Canadian drama Daydream Nation. The big city girl finds her new classmates a bit drab, but life gets more interesting once she gets entangled in a love triangle with her teacher and a classmate.

Leighton Meester and Minka Kelly go toe to toe in The Roommate, a college take on the 1992 psycho thriller Single White Female. “Updated for the Gossip Girl generation, The Roommate follows a wholly predictable arc that’s primarily a showcase for trashy fashion, vapid acting, and an advertisement for the age of entitlement-based teenage immorality,” writes an Amazon reviewer. Ouch! Cam Gigandet and Billy Zane also star.

In the Jason Statham crime thriller The Mechanic, a methodical hit man lets business get personal after his mentor (Donald Sutherland) is murdered. Things heat up when his mentor’s son (Ben Foster) joins him on his quest for revenge and The Mechanic finds himself the teacher. Word is this high octane revamp of the 1970s Charles Bronson film has more action and special effects than the original and less character development.

Anthony Hopkins‘ supernatural drama The Rite follows the tale of an American seminary student who is sent to Italy to take a course in exorcisms. The skeptical young priest gets quite an eye opener in this spooky tale directed by Mikael Hafstrom and based on a true story by journalist Matt Baglio. 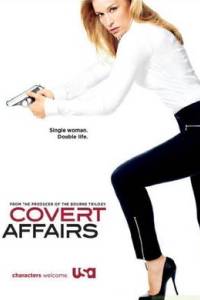 If you’re not in the mood for the occult, how about a cult classic like Beverly Hills Cop, The Hustler, The 39 Steps or The Comanchero? Other movies to consider include the French coming of age drama La Belle Personne (The Beautiful Person); Hayden Christensen, Thandie Newton and John Leguizamo’s horror flick Vanishing on 7th Street; Lou Diamond Phillips and Estella Warren’s human trafficking thriller Takedown; the fraternity crime drama Brotherhood or the eco-political documentary I Want Your Money.

TV fans might prefer catching up on their shows with Covert Affairs: Season One, Royal Pains: Season Two, Flashpoint: Third Season or Degrassi: Season 10 Part 1 or going retro with The Bionic Woman: Season Two, All in the Family: The Complete Ninth Season, The Twilight Zone: Season 4 or The Virginian: The Complete Fourth Season.

Not renting from Redbox this week?