We got a chance to take part in the upfronts for the CW, where SheKnows learned about their new lineup for the fall season. In addition to returning favorites like Gossip Girl, 90210, The Vampire Diaries and the wonderful Nikita, we are getting a bunch of brand new shows. We’ll give you the scoop. 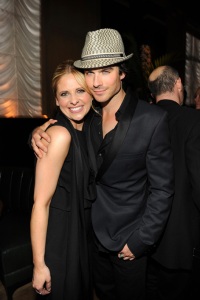 Monday nights will open with fan favorite Gossip Girl at 8 p.m. and will be followed by a brand new series, Hart of Dixie. We got to check out a sneak peek.

Basically, it’s a fish out of water story, and though you’ve seen those before, the characters in this one are really appealing. I often wish they’d release a trailer before the description, because it’s hard to make this sound as charming as it is. Zoe Hart (Rachel Bilson) is a recent medical school graduate who has had a lifelong plan. But when her boyfriend breaks up with her and she loses a residency because of a lack of bedside manner, she finds herself accepting an offer from an old man in a small Southern town. And that man has a secret that makes Zoe want to brave the Southern belles with claws and jealous locals, and give this small town a try. Also starring Jaime King as Lemon Breeland, Wilson Bethel as Wade Kinsella, Cress Williams as Lavon Hayes, McKaley Miller as Rose and Scott Porter as George Tucker.

Tuesday begins with 90210, which leads into… wait for it… the return of Sarah Michelle Gellar to network television! Yes, I’m a Buffy fan too and I can’t wait! Gellar stars as two twin sisters in Ringer. Again, don’t judge the premise until you watch a clip. This one had me riveted. Gellar plays Bridget, a recently reformed addict who witnesses a murder.

She goes to hide out with her sister Siobhan, a wealthy woman who seemingly has it all. When she wakes up after falling asleep with her sister on a boat ride and finds her missing, she presumes it was suicide. She takes her twin’s identity and finds that Siobhan had some serious secrets.

Wednesday night is reality night. America’s Next Top Model will air at 9 p.m., with a brand new All Stars edition. Tyra Banks took the stage and promised us that starting with this, the 17th cycle, no new cycle will be the same old thing. Before ANTM, we have a brand new reality show called H8R, and one I… I can’t believe I’m saying this… actually might want to watch. I’m not a huge reality fan, but… well, here’s the deal. Host Mario Lopez (Does this man sleep?) is pairing people who hate celebrities with the celebrities themselves. We watched Kim Kardashian and Snooki win over people who just couldn’t stand them. Now, if they can get celebs who don’t show up for every red carpet and car wash opening like those two, maybe I’ll get hooked on this one. We’ll see. 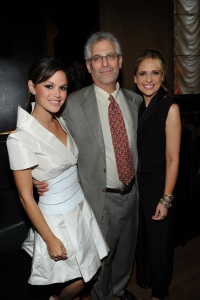 Thursday nights will have the wildly popular The Vampire Diaries at 8 p.m., followed by a brand new series, The Secret Circle. This new show about witches is based on a novel… just like The Vampire Diaries… and by the same author! Britt Robertson (whom CW viewers know as Lexx from the recently canceled Life Unexpected) stars as Cassie (Does anyone else remember The Haunting of Cassie Palmer from Nickelodeon?), a young woman whose mother is killed in a fire. (Dad’s not around.) But it turns out she was murdered. When she moves in with her grandmother in her mother’s hometown, she learns that the kids around her have a secret. They’re witches from five major families and they need Cassie (who is from the sixth) to complete their circle. Oh, by the way, not all witches are good witches.

Fridays bring back two of my favorites, Nikita starring the super awesome Maggie Q and Supernatural. So, what do you think of the fall lineup? Let us know below.