Ashley Hebert is getting a second chance at love on the new season of The Bachelorette — meet her men. 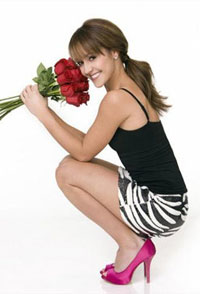 When The Bachelor’s Brad Womack let Ashley Hebert go for reasons he deemed unselfish, we knew she’d be back — and she is.

Hebert told People magazine she was looking for someone who “makes me feel comfortable, somebody with a positive outlook on life, who’s going to be supportive and loyal.”

With this season’s Bachelorette featuring fun locations like Hong Kong and Thailand, will Ashley Hebert meet her match? Is he in this group of lucky men competing for her love? Check out a few of their bios before the May 23 debut and tell us if you think so.

First we’ve got West. He happens to be a country-loving lawyer, which fits in with Hebert’s small town roots. Then there’s William who is all business but sees himself helming the comedy world in the future.

Here’s the skinny on the full list of men: