Arnold Schwarzenegger has decided to put off his Hollywood comeback while he deals with the fallout of his affairs and his secret love child.

Arnold Schwarzenegger has decided he has just a little too much on his plate right now and has put all his upcoming Hollywood projects on hold. 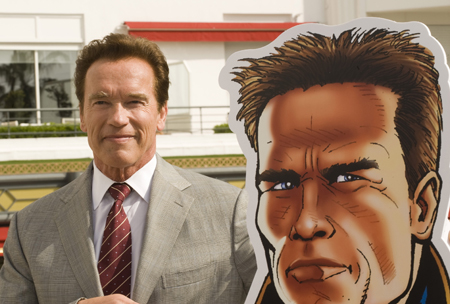 A statement from his office read, “Gov. Schwarzenegger is focusing on personal matters and is not willing to commit to any production schedules or timelines.”

“This includes Cry Macho, the Terminator franchise and other projects under consideration. We will resume discussions when Gov. Schwarzenegger decides.”

It’s been a heck of a month for the bodybuilder-gone-actor-gone-politico. First he and Maria Shriver announced their separation, then Schwarzenegger admitted to having a secret love child with a longtime member of the couple’s household staff, then today another mistress stepped forward.