James Cameron’s Oscar-winning blockbuster Titanic is returning to theaters. The romance drama first debuted in 1997 and made Leonardo DiCaprio and Kate Winslet international stars. Fifteen years later, the duo will return to the big screen — in 3D!

Paramount Pictures, Twentieth Century Fox and Lightstorm Entertainment have announced that Titanic, starring Leonardo DiCaprio and Kate Winslet, will be re-released in theaters on April 6, 2012. The date has a special meaning for two reasons. It will mark the 100th anniversary of when the Titanic set sail (April 10) and the 100th anniversary of Paramount Pictures (May 8)! 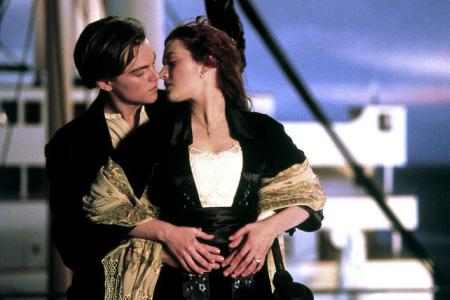 A 3D re-release has been in the works for years, and James Cameron has been actively overseeing the post-conversion process. It takes a lot of time and attention to get the details right, and the director isn’t taking any shortcuts.

According to James Cameron, “There’s a whole generation that’s never seen Titanic as it was meant to be seen, on the big screen. And this will be Titanic as you’ve never seen it before, digitally re-mastered at 4K and painstakingly converted to 3D. With the emotional power intact and the images more powerful than ever, this will be an epic experience for fans and newcomers alike.”

During Titanic’s original theatrical run it raked in over $1 billion at the box office, becoming the highest grossing film of all time. It defended its title until 2010 when Avatar, another James Cameron film, surpassed it with over $2 billion! Someone’s got the magic touch!

Are you ready to see Jack and Rose profess their love again — in 3D?