Beyonce’s Run the World official video just debuted on American Idol. Is it another smash for Queen B?

Girl power! That’s the message Beyonce tries to put out there with her music — and if you didn’t get it before, you will now. Beyonce’s Run the World video debuted during her appearance on American Idol Wednesday night — and it’s all yelling and body-baring outfits. 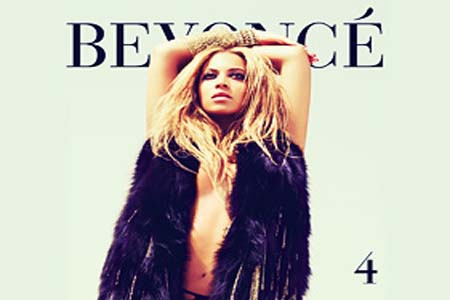 The video for the new B song — off her new album 4, out June 26 — features a lot of “futuristic,” “electronic” and “African” influences. There’s even an all-male riot squad sent in to tame the Girls — but they won’t be stopped! Queen B even flips off the camera at one point (though it’s thoughtfully blurred in the video).

Do we like the song? It’s growing on us — it’s not our favorite Beyonce track, but we’re coming around to it. We better, because 4 is going to sound a whole lot like it.

“I recorded more than 60 songs; everything I ever wanted to try, I just did it,” Beyonce told MTV News of her upcoming album. “I started off being inspired by [Afrobeat music pioneer] Fela Kuti. I actually worked with the band from Fela! [the hit Broadway musical based on Kuti’s life] for a couple of days, just to get the feel for the soul and heart of his music; it’s so sexy and has a great groove you get lost in. I loved his drums, all the horns, how everything was on the one. What I learned most from Fela was artistic freedom: He just felt the spirit.”

She also found inspiration in a lot of old-school R&B too.

“I also found a lot of inspiration in ’90s R&B, Earth, Wind & Fire, DeBarge, Lionel Richie, Teena Marie,” Beyonce said. “I listened to a lot of Jackson 5 and New Edition, but also Adele, Florence and the Machine and Prince. Add in my hip-hop influences, and you can hear how broad it is. I also gave myself more freedom to really belt out some songs, and bring soul singing back. I used a lot of the brassiness and grittiness in my voice that people hear in my live performances, but not necessarily on my records.”

What do you think of Beyonce’s Run the World video? Are you feeling it?