Michael Sheen is an expert on all things in Midnight in Paris, Woody Allen’s latest romantic comedy — a film that has fun with love and time travel.

The character Michael Sheen plays in Midnight in Paris is sort of a foil to Owen Wilson’s and seems to be subtly charming his fiance, played by Sheen’s real-life love, Rachel McAdams. We ask Michael about working with Woody Allen and how his method of work kept him in the dark about a major plot point concerning his and McAdams’ characters. 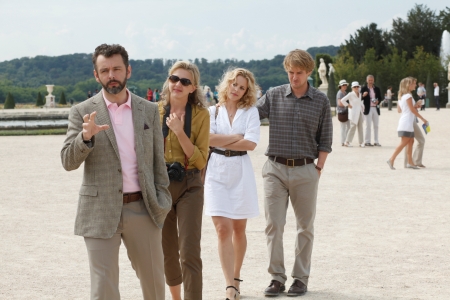 Sheen is a busy man of late. Fresh off of supporting roles in the Twilight franchise including the final two chapters due later this year — Breaking Dawn — the Tron sequel and the upcoming Beautiful Boy, the UK actor is clearly relishing his moment in the spotlight.

SheKnows: So how much fun was it to play an American in Paris [laughs]?

SheKnows: We just spoke with Rachel McAdams about the film and she said it was a career goal to appear in a Woody Allen film. How does this rank for you?

Michael Sheen: It’s one of the great opportunities of my career, absolutely, to work with someone who is a living legend really, and who has kind of documented middle-class modern life and a certain kind of echelon of society probably better than anyone else, I think, through film. The combination of how prolific he is as a filmmaker and how kind of honest he is, in a way — every film is sort of about him — he lays himself quite bare in these films. It’s an extraordinarily honest, candid look at what life is actually like for a lot of people. I don’t think that’s necessarily what he was setting out to do. When you look at the work, it’s certainly an extraordinary documentation of the second half of the 20th century. Apart from everything else, just to be able to work with someone who made Manhattan and Annie Hall, films that I grew up with and had a huge affect on me, it was wonderful. But especially on a film that has such a wonderful heart to it as well, and has such a romance to it. And to get to work with Woody Allen in Paris as well is great. 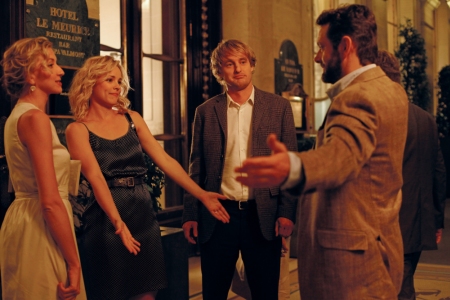 SheKnows: Is it true that Woody only shows certain actors in his pictures the script that pertains to them?

Michael Sheen: I only got my pages, yes.

SheKnows: When did you figure out the time travel element of the movie?

Michael Sheen: I worked that out after I bumped into Marion Cotillard in New York long before filming started. She told me who she was playing and I thought, “That’s not a modern day character.” [Laughs] I started to go, “I see,” and I worked it out then. But there were things that I discovered about my character that I only found out after we’d finished filming. Like, I didn’t know that my character had an affair with Rachel’s character, so that was kind of interesting as well.

SheKnows: Did you feel robbed that you didn’t get to know about a Rachel McAdams affair while you were filming? 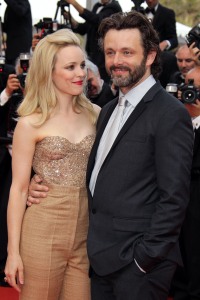 Michael Sheen: No, I’ve made up for it since [laughs].

SheKnows: Would you have changed anything about your characterization had you known about the two characters having an affair?

Michael Sheen: No, not really. I would try and do it better, but other than that, no. It was really interesting to work in that way [laughs]. One of the things that I found fascinating about working with Woody is that he’s a very sort of un-modern filmmaker in a way, in terms of the way he works with the actors. The modern idea is that you play subtext and it’s what’s going on under the surface that is of interest in the scene. And Woody is anti-subtext, it seems to me. He doesn’t want anything going on under the scene. He just wants you to play the surface of the scene as much as you can. He wants you to improvise constantly. The story reveals the story, rather than the actor reveals the story.

SheKnows: Sounds like then it worked out you didn’t know the full story on your two characters…

Michael Sheen: Maybe if I had known more, I would have tried to do more in the scene and it would have taken away from the way Woody likes to work. It was kind of fascinating to see that in action.

SheKnows: In Midnight in Paris, you got to share scenes with the first lady of France, Carla Bruni. How was that?

Michael Sheen: I think everyone was incredibly relaxed about her being in it. My first scene was with Carla, so that first day there’s a lot of downtime in between takes and so me and Carla were just sitting there, chewing the fat. It was great to be able to speak to someone who is both a performer — she’s a singer and a songwriter — and also the first lady of France. So the in-between-take conversation was fairly wide-ranging and interesting. She’s very, very warm and open and accessible. She was just really, really charming. It was one of the high points of the whole experience just to be able to spend a few hours talking to her about her last state visit to China and these amazing things she does as the first lady. 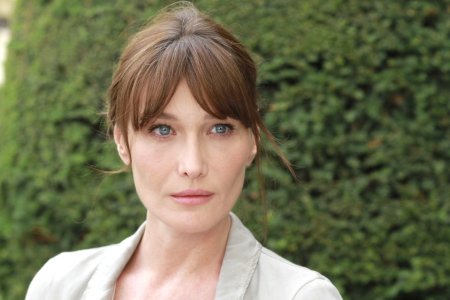 SheKnows: You mentioned your character is a know it all, but he is well versed in all things art and history. How’s your knowledge of those subjects? Did you have to do any research?

Michael Sheen: Fortunately, I am an expert in all the areas that my character’s an expert in so I didn’t have to do any research at all [laughs]. No, I remember when we were doing the scene in front of the Picasso painting. I remember as we were walking along, maybe I was just getting into character, but I remember me sort of pontificating about various works of art that were around us. I remember thinking, “Yeah, I should shut up now. I’m starting to sound like my character.”