The health of beloved actress Zsa Zsa Gabor has taken a turn for the worse, yet again. Wednesday morning the ailing 94-year-old fell into a coma after having emergency surgery. 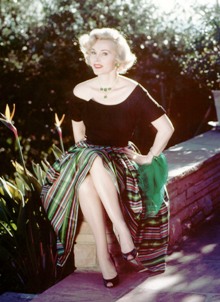 The health of Zsa Zsa Gabor continues to deteriorate, with news coming Wednesday that the ailing star has slipped into a coma. Prince Frederic von Anhalt, Zsa Zsa Gabor’s husband, has confirmed the frightening news himself.

“She got into a little coma,” CNN reports Prince Frederic von Anhalt as saying, revealing that Zsa Zsa has been unresponsive since 2 a.m. Wednesday morning. Anhalt added that while doctors continue to work on his wife, “she doesn’t respond.”

On Tuesday, Zsa Zsa Gabor was rushed to the hospital for stomach surgery due to an infection. Her spokesperson said Gabor was taken to Ronald Reagan UCLA Medical Center because the feeding tube inserted into her stomach was “bleeding… like a fountain.”

The stomach surgery and ensuing coma are only the latest in a series of medical issues Zsa Zsa, seen here in the 1950s, has faced as of late. Over the past few months, Zsa Zsa Gabor has been hospitalized for pneumonia and had her leg amputated.

Meanwhile, her Prince Frederic has been busy making plans to have a child with a surrogate, claiming it is Zsa Zsa’s wish for them to have a baby of their own.