Boxing champ Sugar Ray Leonard has revealed in his new book that he was sexually abused at age 15 by an Olympic coach. 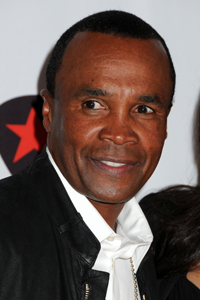 In Sugar Ray Leonard’s new autobiography, The Big Fight: My Life In and Out of the Ring, the boxing champ and Dancing With the Stars contestant discusses some shocking allegations about what happened to him outside the ring.

Leonard writes in his book that a “prominent” Olympic coach sexually abused him at the age of 15. The 55-year-old said that it happened twice, with the first time being while he was competing at a tournament in Utica, New York.

Several years later, he said that same coach, whose name is kept anonymous, assaulted him again in a deserted lot while he was talking to him about competing at the 1976 Olympics.

“Before I knew it, he had unzipped my pants,” Leonard writes, going into more detail about the sexual abuse that has “haunted” him. “I didn’t scream. I didn’t look at him. I just opened the door and ran,” Leonard wrote in his book.

Why did he decide to open up about his sexual abuse? “I realized I would never be free unless I revealed the whole truth, no matter how much it hurt.”

Even though Leonard won a gold medal in the lightweight division at the Montreal Olympics, as well as other titles at five different weight divisions, his personal life was not as promising as his professional life. In the book, he talks about his cocaine use, growing up with alcohol abuse and domestic violence, as well as fathering a child at 17.

Sugar Ray Leonard’s book, The Big Fight: My Life In and Out of the Ring, will be published in June.