American Idol contestant Chris Medina (he was the one with the fiancé who has a brain injury) tweeted this week that he was not invited to the finale. What gives?

American Idol contestant Chris Medina made news this year when he didn’t make it to the top 24 — and Jennifer Lopez almost quit the show over it! And now? He tweeted this week that he wasn’t even invited to the finale. 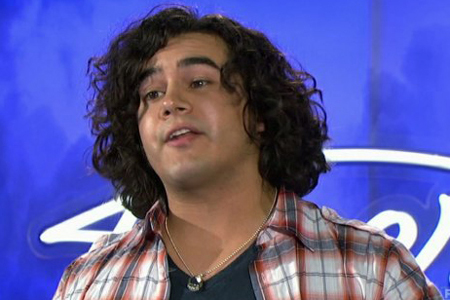 Medina captured America’s hearts as he was trying to make a better life for himself and his fiancé, who was brain injured after a car accident. After Lopez told him the sad news that he didn’t make it to the next round, she broke down into tears. “I just don’t feel like I told him in the right way,” she said.

Even though he didn’t quite have the chops to make it to the top 24, a ticket for the finale of American Idol doesn’t seem like too much to ask for.

“Just found out I will not be at the finale for #AmericanIdol sad and disappointed,” Medina tweeted yesterday. After a fan asked him why, he tweeted, “Not asked. Then I asked for tickets and I told they can’t. No harsh feelings.”

He then followed up, tweeting: “Just want to let everyone know including #americanidol that I truly do not have bad feelings toward the show. They have helped me more than anyone will ever know! They created the opportunity to do what I love to help the person I love. I was simply… disappointed. I never felt nor will I feel cheated. Love everyone.”

Tell us: Do you think Chris Medina should be invited to the American Idol finale?