When Scotty McCreery, Lauren Alaina and Haley Reinhart traveled home for their American Idol hometown hero trips, they were greeted with the judges’ choices. Want to know what the contestants will be singing tonight? Read on to find out. 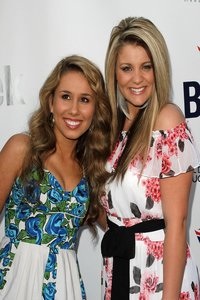 American Idol is down to the top three and it’s anybody’s guess as to who will go to next week’s finale. Before the drama of the finale unfolds, we still have one week of top three fun left.

Tonight, Scotty McCreery, Lauren Alaina and Haley Reinhart will go head-to-head for a spot in the finals and they’ll do it by singing the American Idol staple — the judges’ picks. Of course, those won’t be the only songs they’ll be singing, but they are the most anticipated.

During a trip to their hometowns over the weekend, the contestants got the news of what they’d be singing for their judges’ pick.

Scotty McCreery is gearing up to take on the classic Kenny Rogers tune, She Believes in Me. Surprising — no. Exciting — yes!

Lauren Alaina will also dig into her country bag and tackle the popular Lee Ann Womack song, I Hope You Dance.

That leaves Haley Reinhart. She’ll lend her big vocals to the angst-laden Alanis Morissette anthem, You Oughta Know. It will be interesting to see how she tackles that one. Will there be a bleep button?

What do you think of the judges’ picks for the American Idol top three? Are they good choices or could you have done better? Tell us, we want to know.