Not that Lady Gaga needs the formal title to know her place in the entertainment world, but it has been solidified just a little more. She has officially knocked the all-powerful Oprah Winfrey out of the top spot on Forbes’ Celebrity 100 list. 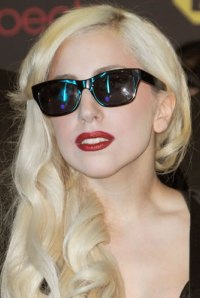 Lady Gaga’s $90 million in earnings last year might not trump Oprah Winfrey’s $290 million, but with her 10 million Twitter followers and 32 million Facebook fans, Gaga knocked the daytime queen down to the number two spot on the Forbes Celebrity 100 list.

Oprah, who is leaving daytime talk, is going out with a bang. She was just honored at the United Center by some of the biggest names in Hollywood, along with 13,000 fans. We doubt the Forbes list demotion is causing her to lose any sleep at night, but it’s only the third time in three years that she hasn’t dominated the list in first place.

Rounding out the third spot was none other than the Biebs. Justin Bieber pulled in $53 million last year, and as Forbes says, the 17-year-old “would still be paying his dues in small clubs and schools, but thanks to the Internet, he’s a sensation. His first hit song, Baby, has been viewed 500 million times, a YouTube record.”

In other Gaga news, she just released her fifth song from Born This Way, Marry the Night, on FarmVille. Add creativity to the reason she’s topped the Forbes list this year and knocked Oprah down to number two.