A shocking statement from director Lars von Trier at the Cannes Film Festival that he’s a Nazi has scandalized Hollywood. Will his provocative declaration get him blacklisted? 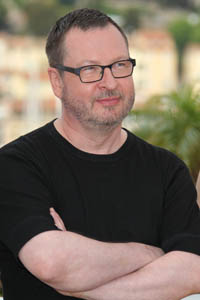 The filmmaker is in Cannes to promote his new movie, Melancholia, which stars Kirsten Dunst, Kiefer Sutherland and Charlotte Gainsbourg.

During a press conference for the film, von Trier told reporters, “I thought I was a Jew for a long time. I was very happy being a Jew.” He continued, “I really wanted to be a Jew and then I found out I was really a Nazi, because my family was German. Which also gave me some pleasure.”

He went on to state that he felt sympathy for Hitler. “What can I say? I understand Hitler,” he claimed. “I think he did some wrong things, yes, absolutely… but I understand much about him and I sympathize with him a little bit.”

At this point, E! News reports, a “visibly uncomfortable” Dunst, who was also fielding questions at the media event, touched von Trier, as if attempting to quiet him.

The Nazi rant came after earlier remarks in the press conference when, asked what his next movie would be, von Trier joked that his next film would be a three-to-four-hour-long adult movie starring Dunst and Gainsbourg, featuring “lots of uncomfortable sex.”

Too bad von Trier didn’t learn anything from Mel Gibson, whose anti-Semitic rant turned Hollywood against him.