A fringe Christian group is predicting the end of the world is coming on May 21. These four celebs agree that the end is coming, but maybe not on May 21. 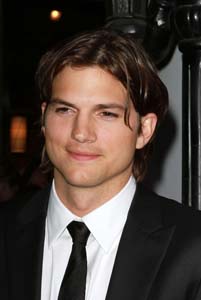 Have you heard that the end of the world is on May 21?

That’s what one California Christian is saying. Family Radio founder Harold Camping says that Judgment Day isn’t coming in 2012, like many believe. Instead, the end of the world is only a couple of days away.

He’s even paid to put billboards up of his prediction.

Only one problem with his “end of the world on May 21” theory: He also predicted the same thing would happen in 1994.

You may — or may not — believe that Camping knows what he’s talking about, but some celebs do think the end of the world is coming sometime soon.

Mr. Demi Moore must know the end is coming — he signed up for Two and a Half Men, after all!

“It won’t take very much, I’m telling you. It will not take much for people to hit the panic button. The amount of convenience that people rely on based on electricity alone. You start taking out electricity and satellites, and people are going to lose their noodle. People don’t have maps anymore. People use their iPhones or GPS systems, so if there’s no electricity, nobody has maps,” Kutcher told Men’s Fitness in 2010.

He’s even taken up Krav Maga to get ready.

“All of my physical fitness regimen is completely tailored around the end of day. I stay fit for no other reason than to save the people I care about.”

Rapper Lil Wayne has been getting his learnin’ on in between tour stops — and he believes the end is coming.

“I got encyclopedias on the bus. The world is about to end as we know it. You can see it already,” Wayne told Blender magazine in 2008. “A planet doesn’t exist — there’s no more Pluto. Planes are flying into buildings — and not just the Twin Towers. Mosquitoes bite you and you die.”

Actor Woody Harrelson starred in a film about the Apocalypse, so it only makes sense that he has questions about the Earth’s future.

“I think that there is a real sense in our culture that we are heading towards some kind of Apocalypse — maybe it is part of the Christian concept of the Apocalypse but I am not saying that is an exclusively Christian concept,” Harrelson told Movie Retriever in 2009.

“Maybe that is one of the things that make people resonate with these apocalyptic movies. I did this junket for 2012 and people kept asking me if I really thought that it was going to go in 2012 in the way that it seems to be going and I said that ecologically, we seemed to be right on target. I am really concerned with that because we are moving towards a very difficult time.”

Ghostbusters alum Dan Aykroyd has apparently spent a lot of time thinking about the supernatural and end of times.