As American Idol gets set to head into the final three, can Haley Reinhart sing herself a spot into the finals? She seems to be the underdog going in, but she’s fought back before — will she do it again? 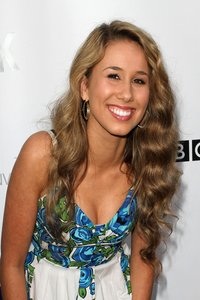 American Idol contestant Haley Reinhart has seen her fair share of criticism over the past season of American Idol. Were the judges being too hard on her? Did the American voting public save her growling voice because she’s original? And can she survive the perfect packages of Scotty McCreery and Lauren Alaina?

Do you think she can rise to the occasion? Time will tell when she goes head-to-head with her opponents live on American Idol tonight. Until then, here’s what we do know.

First, Haley Reinhart has had to battle back from the judges’ harsh words pretty much the last few weeks. Whether she was taking on an unreleased Lady Gaga song or Michael Jackson’s Earth Song, she just couldn’t seem to get it right. When Randy Jackson begins a sentence with, “Here’s what I didn’t like about that,” you know you’re in trouble. Here’s the brilliant part of Haley Reinhart, however. Each time her first song failed, she battled back with her second or third — depending on the show’s theme. The underdog theme could fuel her fire all the way into the finals.

If we look at Reinhart’s record, she’s landed in the bottom four times. She’s been left biting her nails more times than Scotty McCreery. Does that mean anything now that James Durbin is gone? Where will his votes go? It will be interesting to see because Reinhart and Durbin’s fans could be similar in demographic — they both are big singers, compared to the country croon of McCreery and Alaina.

Illinois, like many other hometown states, has businesses beefing up their coupons to get their heroes’ votes — Lou Malnati’s including. The pizza joint could very well have helped Haley into the final three with their $5 off coupon special if you voted for her. We’re not sure if added endorsements will help her or hurt her at this point. It could drive the other contestants’ fans to get awfully mad and start an Internet war, or they could just fight back with their own campaigns.

Of course, this is all based on one girl’s opinion. Do you think Haley Reinhart will knock Scotty McCreery or Lauren Alaina out of the finals? Tell us, we want to know.