The CW has decided to send Hellcats straight to… well, you get the point. Do you think they made the right decision by cancelling the cheerleader dramedy? 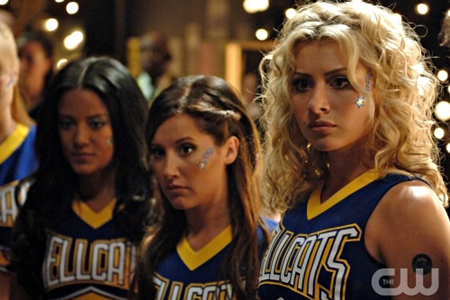 The cheerleader comedy drama apparently lacked the school spirit needed to keep it on the air, as it averaged less than two million viewers per episode.

“There’s such an energy from the cast and from [series creator] Kevin Murphy,” Welling said. “When I go [on set], I just feel so proud.”

In fact, before he learned of his show’s fate, Welling said that renewing Hellcats would be “the best idea in the world.”

“They don’t necessarily tell you before they pick you up, but as of right now, everything is looking as if it’s going to go another season, which is great,” Welling told Zap2it. “That show, to me, is so special.”

Tell us: Are you sad to see Hellcats go?