Jimmy Kimmel was a hit with advertisers at ABC’s upfront May 17, 2011, but the day was all about the business of selling the new 2011-2012 primetime slate. ABC came armed with 13 new series starring the likes of Christina Ricci, Ashley Judd, Ginnifer Goodwin, Minka Kelly, James Van Der Beek and Jeremy Sisto, along with returning performers like Dancing With the Stars, Modern Family, Castle, Grey’s Anatomy and Private Practice. 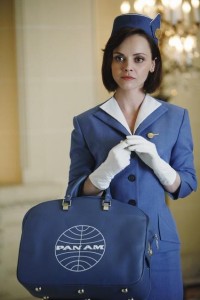 ABC had to dig deep to create their new season, thanks to the holes left in their schedule by the cancelations of Off the Map, The Whole Truth, My Generation, V, Brothers & Sisters, Mr. Sunshine, No Ordinary Family, Detroit 1-8-7 and Better with You. The result was 13 new shows for the ABC 2011-2012 calendar, with eight set to join the fall 2011 slate.

SheKnows has the ABC fall 2011 schedule below, as well as a breakdown of what’s new and returning. A handful of returning faves are joined by dishy soaps, dreamy dramas, thrilling adventures and some 1960s sex in the skies, but no new “Alternative” series. 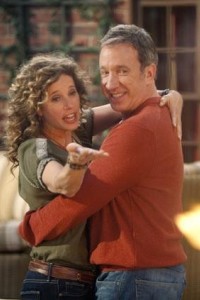 Modern Family, Happy Endings, The Middle and Cougar Town are all still in the comedy game, but ABC’s Wednesday night of laughs gets a bit of a shakeup for fall 2011. Cougar Town has been booted from its plum spot to return midseason on Tuesdays, with the 10:00 hour going back to drama. The Middle, Modern Family and Happy Endings stay in the Wednesday game, with new family sitcom Suburgatory (Jeremy Sisto, Jane Levy, Cheryl Hines) closing out the laughs. Then it’s time for Revenge.

ABC’s other two new fall 2011 comedies seem to be for the guys. Tuesdays will see Tim Allen’s return to the sitcom scene with Last Man Standing (Nancy Travis, Hector Elizondo), followed by Man Up (Christopher Moynihan, Dan Fogler, Teri Polo). Cougar Town will get in on the Tuesday night fun once Dancing With the Stars 13 wraps.

ABC also has two new midseason 2012 comedies in the works. Apartment 23 is a Manhattan tale that sees a female odd couple (Dreama Walker, Krysten Ritter) hanging out with James Van Der Beek, who plays himself; while Work It (Ben Koldyke, Amaury Nolasco) looks like a modern take on Bosom Buddies.