In a shocking move, Kelsey Grammer has filed for sole custody of his kids with ex-wife Camille Grammer. 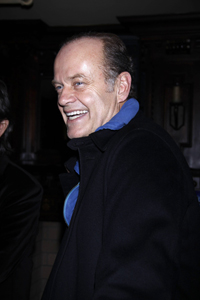 If you thought the ugliness between Kelsey Grammer and Camille Grammer was over, think again. The Frasier actor has moved to take full custody of the couple’s two children from The Real Housewives of Beverly Hills star.

Kelsey and Camille have been warring over the kids, who sources say are having a very hard time dealing with the fact that their father basically deserted the family. He is asking for joint legal but sole physical custody.

Bonus for Kelsey: If he gets the kids, he doesn’t have to pay child support.

The couple’s divorce was finalized in February. Camille’s pals say the move is a joke and that she has been the only full-time parent the kids have had since this whole mess began.

“Camille is an excellent mother, and Kelsey truly doesn’t have a leg to stand on. Good luck with that battle Kelsey, you are going to need it,” close friend and fellow Housewives cast mate Allison DuBois told RadarOnline.

Camille says the actor is just being a jerk. “Kelsey is being insensitive to our children,” she told RadarOnline.

Kelsey had no comment. All his rep would say was, “Any statement would be inappropriate. The filing speaks for itself.”

Kelsey is currently living in Chicago while his kids are living with their mom and going to school in LA.