Matthew Morrison is hitting the road this summer — and he won’t be alone! The Glee star just revealed he’ll be opening for the Backstreet Boys and New Kids on the Block on their joint tour. 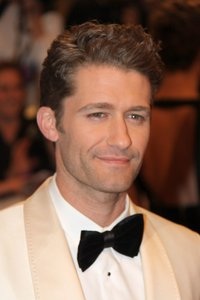 Glee’s Will Schuester — better known as Matthew Morrison — canceled his solo tour in support of his new album to take the opening spot on the summer NKOTBSB tour.

Maybe his not-so-well-received rapping at last weekend’s Wango Tango had something to do with his decision?

“This was an opportunity I couldn’t pass up,” the 32-year-old Morrison said. “I am so appreciative of my fans and I’m planning to give them a great show.”

Morrison will join the joint New Kids on the Block and Backstreet Boys tour on July 6, according to Just Jared. He made the news official during his appearance on ABC’s Good Morning America Tuesday.

“That is awesome,” host Robin Roberts squealed (who knew she was a Gleek?). “That is going to be wicked cool. Thank you for sharing that with us. Wow. Our minds are racing right now.”

We just hope he likes little kids — it sounds like there will be a ton of them on the tour!

Morrison is hitting the promo trail heavy this week in support of his self-titled debut album. He’ll even perform a song from the album on the season finale of Glee.

“[The song]’s about aspiration,” Glee creator Ryan Murphy told The Hollywood Reporter of Mr. Schue’s big moment. “It worked because we wanted to do a scene where Matt goes into a Broadway hall and sings something alone. Plus, Matt is such a great team player and he’s done so much for different Glee charities.”

“It was going to be just a big dance piece with me doing this big dance number,” Morrison said. “But they said, ‘We want you to sing it and make it a big moment.'”

Are you into a NKOTBSB and Matthew Morrison tour?