Jill Scott is looking good and feeling better! She appears on the June cover of Ebony with a rockin’ figure. Keep reading to find out how she shed the pounds. 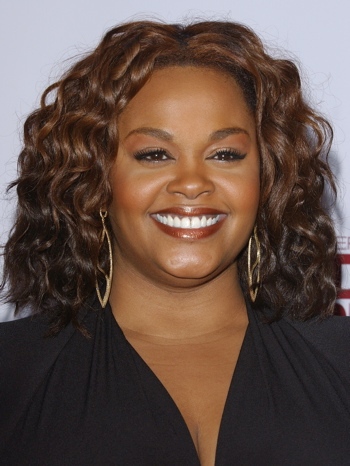 R&B singer-songwriter and actress Jill Scott is gracing the June cover of Ebony and she looks amazing. The talented woman behind the new album The Light of the Sun has lost over 50 pounds.

Scott, who is a single mom, says that she was able to drop the weight, thanks in part to her trainer who kept her workouts fun. “Anything that makes me feel like I’m not working out,” she told Ebony. “We go outside and throw footballs, go for walks.” We love to hear from a woman who got into shape the old-fashioned way.

Even better than looking so good, Scott says she is feeling great, too. She said she’s in a great place. “I’m past caring about some things that never mattered in the first place and [I’m] in love with my baby boy,” Scott said.

“I’m also unafraid. I know how much music has always meant to me, how much it means to us all, and I know there’s someone out there, maybe just one someone, who can feel inspired by being brave.”

The Light of the Sun is Scott’s newest album and her first in over four years. She has starred in Tyler Perry’s Why Did I Get Married and was asked to gain weight for the role! She also starred in the HBO miniseries The No. 1 Ladies’ Detective Agency, which was filmed in Africa during her pregnancy.

We think Jill Scott looks great and we’re happy for both her weight loss and her great attitude!