The wait is over! The first trailer for Steven Spielberg and Peter Jackson’s The Adventures of Tintin: The Secret of the Unicorn has been released. Like Avatar, Tintin combines motion capture and 3D to create a surreal movie watching experience.

The Adventures of Tintin: The Secret of the Unicorn is based on the popular Belgian comic of the same name. In the U.K. the series is extremely popular, which means there’s an untapped film audience ripe for the picking. 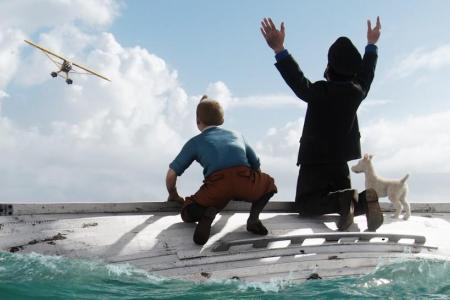 In the movie, Jamie Bell plays the title character — a young reporter who gets thrown into danger, while in pursuit of a good story.

The trailer for the Steven Spielberg-directed film doesn’t give away too much of the plot, which is great! You can tell that Tintin is on the hunt for something and he’s trying to avoid capture but you don’t know from who or why. The trailer shows glimpses of characters but we never get a good look at their faces or what they’re doing.

The Adventures of Tintin will open in theaters just in time for Christmas on December 23.

The Adventures of Tintin trailer premiere