A new reality TV show from the CW pairs celebrities and their haters. H8R features Kim Kardashian, Snooki and other stars coupled up with their worst fans. 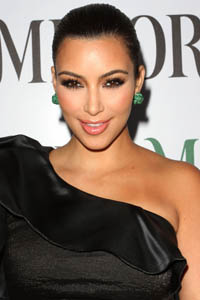 Kim Kardashian, Snooki and other celebrities people love to hate will star in a new reality TV show, H8R, on the CW. Celebs are matched with their ultimate haters, and on each episode the celebrity tries to get their hater to see that their hate is misguided.

These days, the Internet gives everybody the chance to be a hater. In comments, blog posts and on YouTube, anyone can be a critic. Oftentimes, those in the public eye are the most popular targets of haters.

On H8R, celebs get a chance to convince those who hate them otherwise. Kardashian and Snooki, who people love to love as much as they love to hate, are featured in the hour-long pilot, although nobody’s saying yet if Kim and the Jersey Shore star are successful in changing their haters’ minds.

So far, the show is creating a lot of buzz. After all, the Internet lets you hate anonymously, but what if haters were outed publicly? It’ll be interesting to see if the stars come across as real people who deserve to be given a fair chance as much as everyone else, or if they’ll reveal themselves as worthy of being a hater target.

Mario Lopez will host the series. The CW is looking for a new series that will cause as much of a sensation as America’s Next Top Model. They may have found it in H8R.

What celebs do you love to hate?