Break out the birthday cakes and candles! Megan Fox, Janet Jackson, Tori Spelling and Pierce Brosnan all celebrate their birthdays today. How are the stars celebrating? 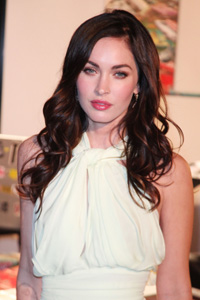 Megan Fox turns 25 today! The former Transformers actress is hopefully spending her big day celebrating with her husband, Brian Austin Green. Fox, who was replaced in the third Transformers movie by Rosie Huntington-Whiteley, will next be seen in theaters next year in the movie Friends with Kids co-starring Kristen Wiig and Maya Rudolph. She is also rumored to be appearing in the Knocked Up sequel.

Also celebrating a birthday today on May 16th is Janet Jackson. The singer and actress turns 45 and is smack dab in the middle of her sold-out Number Ones, Up Close and Personal world tour. Janet is asking everyone to give to amfAR for AIDS research.

“Hey u guys! Thank u for the wonderful gift of support to @amfAR n for all your birthday wishes. I love u!” Jackson tweeted.

Next on the birthday list is Tori Spelling. The actress turns 38 today! She is expecting her third child with husband Dean McDermott. She tweeted a picture of herself with Dean and said: “Thank you so much for all the amazing bday wishes today! Made me feel so loved! Love you all. Xoxo”