Bridesmaids put up a good fight, but Thor conquered the box office again this weekend. Fast Five continues to perform while Priest and Rio close out the top five. Pirates of the Caribbean: On Stranger Tides is sure to shake up the top 10 next weekend! 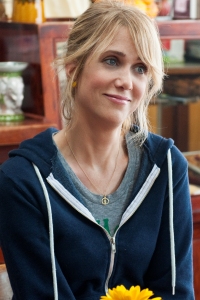 With all the Bridesmaids hype last week, Thor may have been quaking in his boots, but the 3D hero won the box office battle, again. Kenneth Branagh’s action adventure, starring the gorgeous Chris Hemsworth, came in first for the second week in a row, banking $34.5 million, for a total gross of $119.2 million so far.

Fast Five continued to stay in overdrive during its third weekend. The fifth Fast and the Furious installment, which stars Vin Diesel, Ludacris and Tyrese Gibson, dropped a spot, but banked another $19.5 million. With a total take of $168.8 million so far, Fast Five is the highest earner of the Fast and the Furious franchise and apparently has Diesel talking Oscar.

Priest didn’t get the big open it aimed for, but managed to make the top five. The 3D comic book adaptation premiered in fourth place, with $14.5 million. That pushed Rio down another spot, but not out of the top five. Anne Hathaway, Jamie Foxx and Jesse Eisenberg’s 3D animated tale banked another $8 million, for a total take of $125 million, plus an additional $303.6 million abroad. That puts Rio’s worldwide take at an impressive $428.6 million.

With Bridesmaids ruling the rom-com market, returning wedding flicks Jumping the Broom and Something Borrowed were knocked out of the top five. Each banked about $7 million to come in sixth and seventh, respectively. 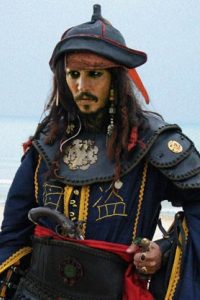 Next week’s big player is Pirates of the Caribbean: On Stranger Tides. With Penelope Cruz joining Johnny Depp for the adventure, some are calling this the best of the Pirates installments yet. Jodie Foster’s The Beaver, starring the controversial Mel Gibson, expands to wide release.