The NBC Upfront presentation in New York just gave us a look at what their new fall 2011-2012 TV schedule will look like. So who survived? Who didn’t make the cut? And what new faces will we see? SheKnows is on it!

It’s that time of year again! You’re just about to dig out the bathing suits and the sunglasses and the TV stations are already announcing their fall schedules. Well, at least we have something to look forward to after the days of lemonade and sunshine are a memory. 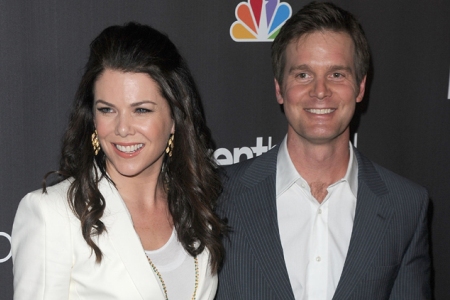 First of all, two of my personal favorites survived to broadcast another day. Parenthood, which has some of the best writing on television right now, will be back for another season. I just have to take a moment to applaud their storyline on autism. I’m not sure any other show has made me weep like that. Chuck will also be back, thank goodness! Fans of this show are rabid and loyal, and they were a huge part of bringing the show back from the brink again. However, it was announced that this will be the final season. And sadly, NBC has pushed it to the Friday night death slot. Still, we don’t have to worry about getting it renewed again. Team Chuck It!

There were also a few cancelations. Outsourced has never been a favorite and critics have panned it as offensive and stupid. No one is really surprised that this one is off the schedule. Law and Order: Los Angeles isn’t heading back to the small screen. It never really delivered, despite the changes and recasting. And is anyone really surprised that The Event was axed? It wasn’t a bad show in the beginning and it was hyped to death, but I think we were all suffering from post-Lost fatigue. No one was really interested in a mythology-heavy mystery.

In other news, 30 Rock will be a mid-season show to accommodate the lovely Tina Fey’s pregnancy. Also mid-season, Donald Trump will return for another round of Celebrity Apprentice, since he won’t be busy with a run for president. The Voice will also return mid-season. NBC stated that it is working on a contingency plan just in case the football lockout happens.

New shows include Awake, which will twist your mind into little pipe cleaner sculptures. The story follows Mark Britten (Jason Isaacs), a police detective whose family was involved in a horrific car accident. In one reality, his wife (Laura Allen) dies. However, in an alternate reality, his teenage son (Dylan Minnette) dies. The realities start to bleed together and we get to watch.

The Playboy Club follows Playboy bunnies in the 1960s and is NBC’s answer to Mad Men, and stars Amber Heard, Sean Maher (of Firefly fame) and Eddie Cibrian. We’ve also got Grimm, a twisted fantasy-crime scene investigation show about a cop who discovers that humans aren’t the only ones who commit crimes. He’s a Grimm brother and fairy tales aren’t… well, fairy tales.

It’s Glee for grownups! It’s Smash! Debra Messing and Katharine McPhee give us a look at what it takes to make a Broadway show. It’s going to be hard to resist this one. The new comedy Up All Night stars Will Arnett, Christina Applegate and Maya Rudolph, and gives us a funny look at parenthood — always a source of craziness.

Whitney Cummings stars in Whitney, about a long term couple who have decided to forgo marriage despite the fact that all their friends are engaged, getting married or divorced. They’re hanging high hopes on this one and if you’ve seen Cummings do anything, you can see why. The show also stars Beverly D’Angelo, Chris D’Elia, Zoe Lister-Jones, Daniel G. O’Brien, Maulik Pancholy and Rhea Seehorn. Are You There Vodka? It’s Me Chelsea is based on the bestselling book by funny lady Chelsea Handler. And we’ve got Maria Bello in Prime Suspects adapted from a show from the UK.

The Firm is based on the bestselling novel by John Grisham and follows the family 10 years after the novel and the film. Hank Azaria stars in Free Agents, which takes on the trials and tribulations of two public relations executives on the rebound. So what are you guys looking forward to in the fall TV season? Let us know below.