Access Hollywood host Maria Menounos recently phoned us for an exclusive chat about her life in the spotlight as well as her new book, The Everygirl’s Guide to Life. Menounos took a lifetime of experience and sought to inspire other women to follow her framework of success. From eating healthy, crafting a perfect workout regimen, her triumphant work experience, relationship successes and failures as well as priceless ways to organize life to maximize your potential, Menounos has laid it all out there in impeccable form. 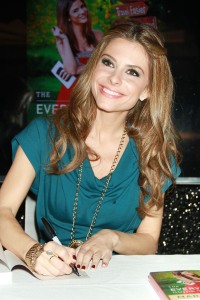 In The Everygirl’s Guide to Life, Maria Menounos presents easy-to-use tips for being your best on numerous fronts. The book is equally inspiring as it is insightful into how one of Hollywood’s most successful journalists manages to have it all and still pine for more out of her future.

Maria Menounos takes us inside Everygirl

SheKnows: What pushed you to sit down and write a book, not an easy thing to do?

Maria Menounos: It’s funny. I have a genuine passion to share information, especially with women because we’re all trying to do so much and we’re all thirsty for so much knowledge. So, being exposed to the best experts in the world and the biggest stars every day, I have a really incredible opportunity to garner and gather so much information that’s helpful and useful. For me, I love sharing that. So that’s why I sat down and did it.

SheKnows: With so much you’ve garnered over the years with your experience, was it hard to sit down and figure out what to focus on specifically? Or, was it one of those books that wrote itself?

Maria Menounos: I remember sitting down at the mall with my boyfriend Keven, who helped me with it, and we came up with an outline of all the things I wanted to talk about. Did I know how it was going to shape up in the end? Maybe not exactly, but I did know all the subjects I wanted to touch on, so it kind of went from there.

SheKnows: The title is just so perfect and permeates all through the book. Where did the Everygirl idea come from for you?

Maria Menounos: [Laughs] Probably a year before the book even came into fruition I remember thinking I wanted to work on this Everygirl thing. I feel like there’s something to that where it really describes who I am and so many girls and women that I want to speak to. The Everygirl thing has kind of been there for awhile in the back of my head. Then when we were coming up with titles for the book, Keven and I were like, The Everygirl’s Guide to Better Living. We came up with so many. We kept running them by friends and family and seeing what people liked the most. 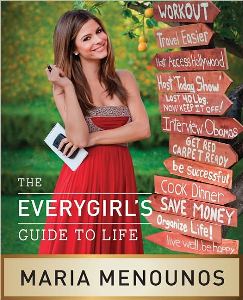 SheKnows: It’s just so fantastic. The format of the book too is so reader-friendly. Is that something you thought of or was it an editor?

Maria Menounos: Amy Van Dell at Harper Collins was really, really helpful in all of that. Keven has never written a book. He’s a film and TV writer, and I’m a journalist so we had some writing background. But, as far as how to format a book, we didn’t know any of that. We definitely had some help in structuring this.

Everygirl heads out into the world

SheKnows: Once the book is out and into the world, what are your emotions as the creator of this. Were you nervous about people’s reactions?

Maria Menounos: It’s been such an incredible experience. When you’re doing this, you’re pouring your heart and your soul and everything that you know all onto your page. For me, I never really thought about the consequences or the rewards or even the impact it would have on people. I just kept thinking I need to do this. Then to have people come up to me and say the things that they’re saying, “You’ve changed my life. You’ve inspired me,” I’m almost embarrassed to say them out loud [laughs]. It’s been absolutely remarkable. They’re tweeting me pictures of the recipes that they cook and how they’re so excited to make healthy good recipes. They’re tweeting me pictures of their new closet organizers and how happy they are that things are organized. It really has been such an emotional journey. For me to know that I’m touching people, it’s crazy. It makes all the hard work really mean something even more. The book’s success to me is summed up in that and these people. To me those are the moments that I hold onto and cherish just as much, if not more than the day I heard we were on the New York Times bestseller’s list. Now, we’ve been on it for three weeks straight!

SheKnows: If I said a year ago or two years ago, “Maria Menounos, you’re going to be a New York Times bestselling author,” would you want to shake me and say, “You’re crazy?”

Maria Menounos: I’d probably laugh at you [laughs]. I’ve never done this before. I’ve never written a book. It was like OMG! I would never have expected it. It’s something I wished for and hoped for, it’s like I hit the lottery. 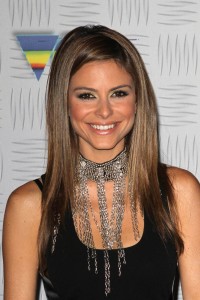 SheKnows: You inspire with this book and I was just curious, what inspires you?

Maria Menounos: I am inspired so much through my travels. I get to meet really incredible people all over the world, people who are serving our country, people who are overcoming disabilities and overcoming major hardships. To me, that’s why I love what I do for a living so much. Those are the people who inspire me. My parents inspire me. Coming to this country not knowing the language and working so hard to put food on the table and give me a better life — to me that’s the end all, be all.

SheKnows: You’ve had so many famous interviews, is there one that really sticks out for you?

Maria Menounos: I’ve interviewed almost everybody. The fun ones have been the Julia Robertses of the world, Will Smith. I haven’t interviewed Oprah. I’ve done those real quick red carpet interviews but a real interview I haven’t. I really admire her so much as most people do in this business. When you come from nothing and you build something, for her, in her case she built everything — she’s such an inspiration.