Mariska Hargitay is scaling back her involvement on Law & Order: SVU, and Jennifer Love Hewitt may be stepping into her detective’s shoes. 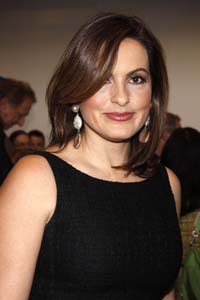 Big changes are afoot on Law & Order: SVU — Mariska Hargitay will be appearing in a greatly diminished capacity, while Jennifer Love Hewitt may be stepping into a starring role.

Hargitay, who plays the compassionate Detective Olivia Benson, asked that her workload be scaled back. She will be working fewer hours while keeping her salary of $375,000 per episode. What will happen to Olivia? According to Deadline, she will be promoted to a supervisory position mid-season, leaving her detective’s spot open — and that’s where Jennifer Love Hewitt comes in.

“I think creatively that will give both Mariska’s and Chris’ characters an interesting kind of new relationship,” said NBC chief Robert Greenblatt. “Jennifer is somebody that we’ve been circling. I don’t know if that’s going to ultimately come to pass or not but we just want to keep refreshing these concepts especially the older that they get.”

“Mariska also just adopted a child and we’re not sure beyond this next season where we’ll be with her so we’re looking at a lot of different options.”

Christopher Meloni has yet to sign a deal for next season.

Would you watch Law & Order: SVU without Mariska Hargitay?